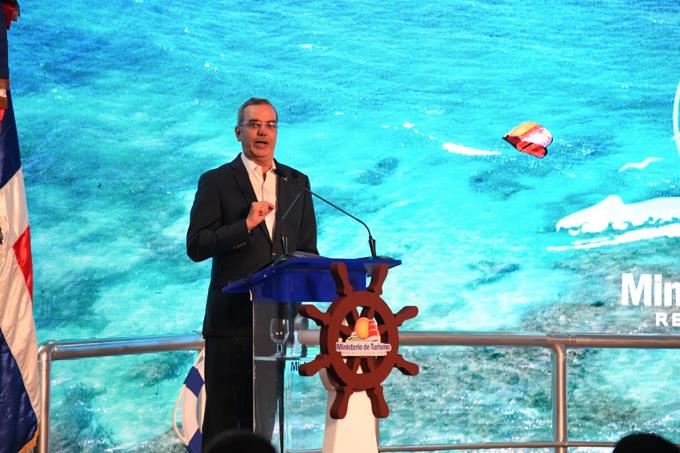 President Luis Abinader announced this Wednesday that in July of this year he will give the first bite for the construction of a cruise port in Samaná.

Said work was announced in the activity that he led together with the Minister of Tourism, David Collado, where they announced that the Dominican Republic will host the Annual Conference of the Florida and Caribbean Cruise Association (FCCA, for its acronym in English). ) to be held from October 12 to 14 this year.

He explained that the execution of the work will be done in conjunction with a Dominican company that will be announced in the coming days.

He also reiterated the materialization of another cruise port in Cabo Rojo, Pedernales and two other works that he did not specify, however, he emphasized that they are working on them.

“No one will regret it, the Dominican Republic is in fashion and we have returned to conquer the world from our shores and ports”he expressed during his participation.

For his part, David Collado, expressed that in the month of May 2022, 82,199 cruise passengers arrived in the Dominican Republic, in 10 cruise lines, carrying out 32 operations, of which 19 were cruises and 13 ferries.

The cruise ship conference and trade show is the largest in the Caribbean, Mexico, Central and South America where more than 60 cruise executives will participate, including presidents and directors, top government leaders from more than 40 countries, as well as more than 500 representatives from various parts of the world.