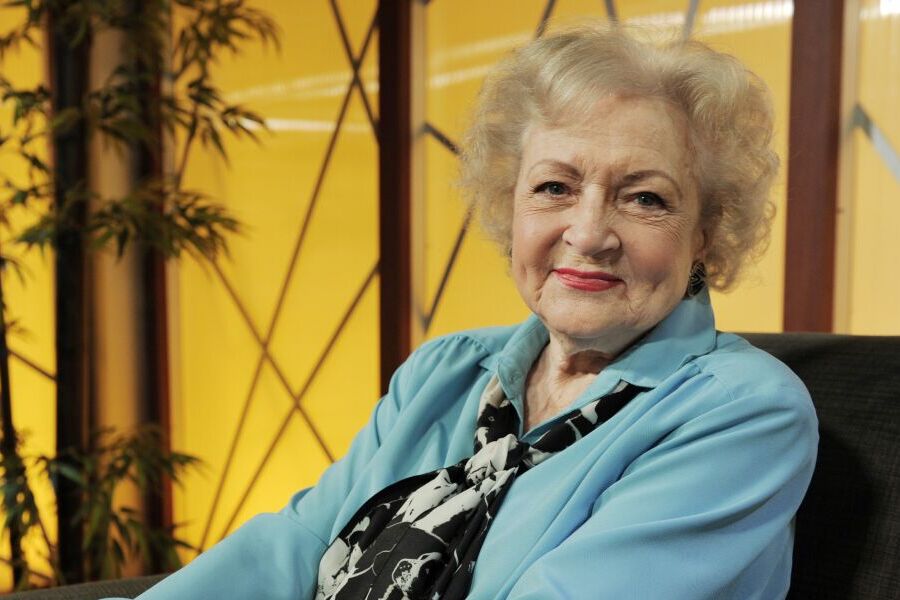 A year without Betty White, “The Queen of TV”

At 99 years old, Betty White left a legacy in American film and television, she is considered one of the pioneers of comedy on the small screen.

We cannot talk about comedy on American television, without mentioning the legendary Betty White, who for a long time was considered “the great lady of television”, unfortunately, a few days after celebrating her 100th anniversary, she died of a stroke brain, in 2021.

Today, to commemorate one year after her departure, we tell you about the most important events in her life and how she became one of the most beloved actresses by the public, adored by so many generations.

WHO WAS BETTY WHITE?

Betty White, whose real name was Betty Marion White, was born on January 17, 1922, in the town of Oak Park, in the state of Illinois, in the United States. Her mother was a housewife, while her father was an electrical engineer. Her family moved to Los Angeles in the mid-1920s, where she began studying at various schools in Beverly Hills.

In 1939, after graduating and participating in various school plays, he discovered his true vocation: acting. At the age of 18 he managed to be part of an operetta that was broadcast on an experimental television channel, in addition, he obtained several jobs as a model.

Little by little her professional career was growing, unfortunately, Betty did not count on World War II, where she paused her work for a moment, to help the American troops.

At the end of the war, he continued with his appearances in plays and radio broadcasts, by the end of the 40s, White was already a respectable figure in entertainment and appreciated by both the public and critics.

His beginnings on the small screen began in 1949, where he played a young secretary by the name of Al Jarvis, in the hit show Hollywood on TV; Her comedy, her discipline and her acting, caused her to become a relevant figure within the show, for which, three years later, in 1951, she would receive her first Emmy nomination for “Best Actress”. .

White was a woman ahead of her time, she was a pioneer in many aspects, such as becoming the first woman to be the head of a production company, she was also creditor of the idea of ​​recording a television show before an audience with several studio cameras, a concept which is still being done today.

The actress met the presenter Allen Ludden, whom she married in 1964. Due to the immense love they had for each other, the comedian’s career was slowly declining, she only appeared in minor roles, in addition, she used to be a guest on the Ludden show . Their relationship was one of the most publicized at the time and is considered legendary until Allen’s death in 1981 from stomach cancer.

His triumphant return to television was in 1971, where he hosted the program for one season The Pet SetHardly her recordings awoke in her a strong sense of justice and affection towards animals, for which she collaborated with different institutions in support of their rights.

He joined the fourth season of the acclaimed series The Mary Tyler Moore Showwhere she was praised by critics and audiences, becoming one of the favorites and winning two Emmy Awards for Best Supporting Actress in a Comedy Series, in 1975 and 1976.

During the eighties, she was part of other television comedies, likewise, she was the host of a game show. Over the years, her career continued to rise, adored by many, her recognition and international notoriety was due to comedy The Golden Girls, along with Beatrice Arthur, Estelle Getty and Rue McClanahan. The series broke audience records, was adored by the public and critics, until its final episode in 1992.

With the series, she garnered several awards, such as another Emmy for “Best Actress in a Comedy Series” and four Golden Globe nominations.

He shared the screen with great actors of contemporary cinema, such as Sandra Bullock, Ryan Reynolds, Morgan Freeman, Randy Quaid, Bruce Willis and Michelle Pfeiffer, just to name a few.

She was invited to several programs such as The Simpsons, That ’70s Show, The Practice, Malcolm in the Middle, The Bold and the Beautiful, among others.

2010 was a key year for the actress, as she made a triumphant return to television with the comedy series Hot in Cleveland; For her work impersonating Elka Ostrovsky, White earned an Emmy nomination.

In 2014, he was awarded recognition by the Guinness Book of Records, due to his long career in film, theater, radio and television.

Betty White died a few days after celebrating her 100th birthday, although her death did not prevent a celebration that she had organized for her birthday, on January 17, 2022, where a film was released in 900 theaters in the United States. The content of the tape was a day in the life of the actress.

It may interest you: The most anticipated releases of 2023

Previous What symptoms is it effective for?
Next The stories of 2 of the victims of the winter storm in the USA.