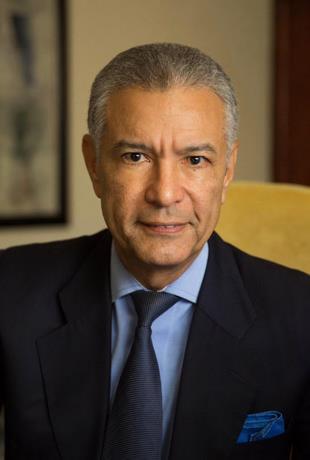 ORnot of the arguments of President Luis Abinader, on the occasion of his proposal for Constitutional reformwas the need to weaken, as a contribution to the development of democracy, the power of the President of the Republic.

The president seems to understand that the Executive concentrates a lot of power and therefore it is convenient, a less strong executive power.

Respecting the criteria of the first citizen of the Republic, if the Presidency as an institution weakens, the vagaries of our democratic culture would lead us in the short term to the disaster of the 19th century, however, on the other hand, the National Palace –in reality– is not so strong.

it was when Trujillo due to its dictatorial nature that had as a pretext the previous institutional disorder and, It was based on crime, on the first organization of the State and on an obvious economic development, without forgetting his personal control of the means of production and commerce as a private entrepreneur.

It may seem that article 55 of the previous Constitution -pre-democratic- contained the attributions, more than of a President, of a Caesar, however without them Joaquín Balaguer would not have been able to get the nation out of the collapse of the April revolt and lead it to through the Cold War – albeit forced – towards democracy. However, what then amplified that power was the political-geographical architecture of the National Congress and the control of the Senate over the Judiciary, as well as the existence of the three Cs – State Sugar Council, Corporation of State Companies and Dominican Electricity Corporation. –, entities that together with the Government controlled 85% of the jobs in the country: None of that exists.

Antonio Guzman, Salvador George White and Balaguer himself, when he returned in 1986, did not have strong presidencies and Leonel Fernández, in his first term, was the weakest democratic Executive of the contemporary stage, since he governed without a majority in the National Congress and without control of Justice that in his management passed to the CNM – where he had only one vote – and from there to the SCJ and, now, without the three Cs.

This century was opened by Hipólito Mejía, who in 1998 had achieved a congressional majority, after the death of Dr. José Francisco Peña Gómez and succeeded in 2004 by Leonel Fernández, none controlled the Judiciary, the latter had to wait almost until his departure for the appointment –wrong due to lack of management– of a related Supreme Court of Justice, a situation that was repeated with President Medina, who obviously lacks influence in that organ.

The American presidential democracy that inherited with serious limitations the image of the European monarch was drawn negatively with the dictatorships prior to the wave of democratization that began in the DR in 1978 and, except in Cuba, elected democratic governments throughout the hemisphere, but that triumphant system throughout the 20th century, in the first two decades of this century, it has entered into a crisis and, even in the United States with Donald Trump, outsiders have legally slipped into power who, from the top, undermine the foundation of democracy.

Another problem, this one in Latin America, is that most of the ideological objectives of the parties have become constitutional or legal conquests, and these flags, which are no longer there, have given rise to their fragmentation and loss of influence in a society that now it communicates in a different way, giving rise to cases like that of Venezuela with AD and Copey and RD, with PRSC and PRD; A singular case –among others– is Colombia with Conservatives and Liberals, two organizations whose candidates did not even qualify to go this past Sunday to the second round led by two outsiders, Gustavo Petro, a former guerrilla, and Rodolfo Hernández.

A President with excessive power is not democratic and a very weak one, is inadequate for the role of his investiture in countries where much remains to be done, the ideal is that democratic controls are exercised –daily– through the contentious jurisdiction –to avoid going to criminal justice– and succession, through the electoral jurisdiction.

Removing presidents in political trials as has happened in South America and in some Central American countries –although it is sometimes necessary– is not good: despite this, in recent decades more than 20 presidents have been dismissed. Nor does the lightness with which former presidents are criminally subjected to help; In the region, more than a dozen have been prosecuted and extradited in the last decade, and this makes citizens lose faith in the political class and in the system. Provisionally, the Constitution provides that the President, the Vice President and the citizens elected to these positions cannot be deprived of their liberty. Imagine the embarrassment of a Prosecutor requesting an arrest warrant against the President or raiding the National Palace, for the sake of Their independence!

But that is not expected in Peru, for example, where this week the President Pedro Castillo has been heard as being investigated by the National Prosecutor’s Office… and watch out, in Colombia, last week, a contentious court, not even a criminal one, ordered house arrest against President Iván Duque.

Power exercised without prudence, whether by the Executive or by a deaf Justice, in either of its two arms, only leads society to disaster, which is why we must congratulate the Honorable Magistrate, Miriam German, when she warns that justice is not imparted from the stands. For now, the powers of the Dominican Presidency established in article 128, are wise, let’s do everything to turn it into an institution like it is in the United States, where Richard Nixon was punished until the day he died, but he was not prosecuted, Bill Clinton was almost sacked, but he did not go to criminal jurisdiction and everyone became blind to Bush, who with a lie led the world to a devastating war.