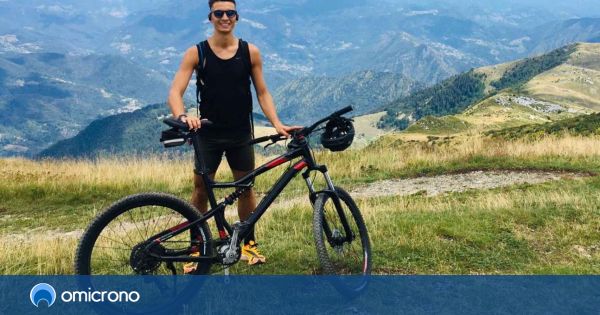 a retiree designs a connecting rod that increases performance

The technology around the bicycle is one of the most finely studied in the world. Beyond the improvement in the materials that make them lighter or the incorporation of electric motors, the mechanical base remains the same as a century ago. Fundamental pillar of cycling, a sport widely followed and practiced in Spain, pedals have become the goal of some inventors who see how to give the design one more twist.

Because minimally improving the pedaling torque can be decisive both for professional athletes who risk times to the hundredth of a second and for those who are not but try to improve day by day. Along these lines, the retired French engineer and inventor Jacques Cerdan, an 85-year-old man, finally hit the key in 2017 with creating a crankset together with his companion in fatigues Ludovic Boullet.

“When Jaques Cerdan showed me his first prototype, I was immediately seduced by the mechanics and potential of his system“, says Boullet. “I quickly decided to help him develop his idea.” And that’s how it all began.

From the patent to the pedal

The first step for the Cerdan and Boullet pairing was to file a patent application at the French office. The result would come with a positive response a year later that led them to undertake more international registration applications. The following, they point out, consisted of transfer the idea to the blueprints with a complete crankset conforming to the patent claims.

“It was absolutely necessary to develop the system so that could fit most bikes sold new, not to mention second-hand bikes”, continues Boullet. They then opted for Shimano’s Octalink cage that can be mounted on all frames with a cage width of 68 or 73 millimeters.

It is the most widespread standard within the cycling industry and, in addition, they can be mounted on other schemes by inserting some accessories. From the company they also indicate that other versions are being prepared of the mechanism specially designed for other types of frames. 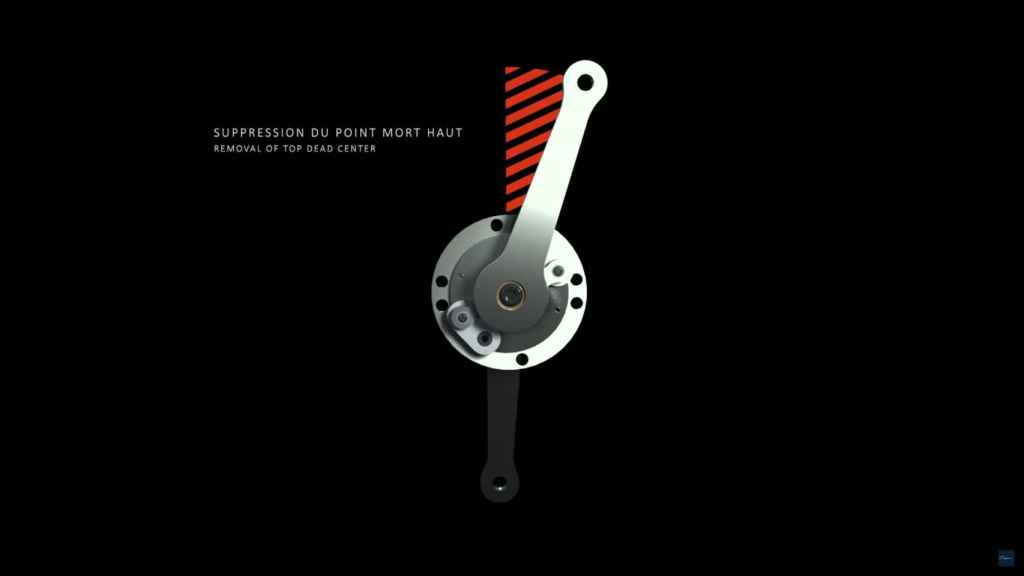 The particularity of this technology is that directly attacks what is known as the dead zone of the pedal. Just when one pedal is at 12 o’clock and the other is down at 6 o’clock. There the mechanical work of compression of the pedal is canceled which causes a significant loss of performance of the system.

The Cerdan system devised works moving the upper pedal a few degrees forward at that precise moment, so that it never lines up vertically with the other pedal. In this way, the cyclist overexertion is avoided at this stage of pedaling and, in addition, it continues to allow the zone of maximum performance when both pedals are aligned horizontally —at 3 and 9 o’clock.

As they indicate, the displacement of the connecting rods eliminates the upper dead zone of rotation and increases output of effort through a more efficient distribution of muscular force. The mechanical advantage that the system introduces provides greater thrust in power strokes and helps in the return of the rear leg.

To clear up doubts, they also describe that the misalignment of the connecting rods, by desynchronizing the rotation of the legs, provides incomparable smoothness and pedaling comfort. “The Cerdan system is gentle on muscles and joints.” Another important point is that it does not need any type of batteries or electronic circuit, everything is mechanical.

The world of pedals has also collected some experiments that seek minimize injuries at the same time that they multiply the generated power. This is the case of this bicycle concept called NuBike, which has a somewhat special system.

Instead of a traditional rotating pedal, like the one proposed by Cerdan, the NuBike replaces it with a vertical system attached directly to the rear wheel. The movement exerted by both the foot and the knee —from top to bottom, instead of circular— is intended to prevent knee injuries, which are very frequent among those who practice this sport.

The workload would fall more heavily on the quads, but they don’t mention that this is a long-term problem. Quite the contrary, the information and the videos in which the invention is shown indicate that the pumping design drive the vehicle more powerfully.

The footprint would be more complete and the port point that the pedal and chain have in traditional bikes is reduced. Another advantage is based on the absence, precisely, of chains. This element is usually the cause of the occasional scare, when it gets out of the gears or gets caught on clothes.

Previous New Year 2022 | End of the year: 17 of the personalities who died in 2022 | WORLD
Next “It is an unprecedented injustice”