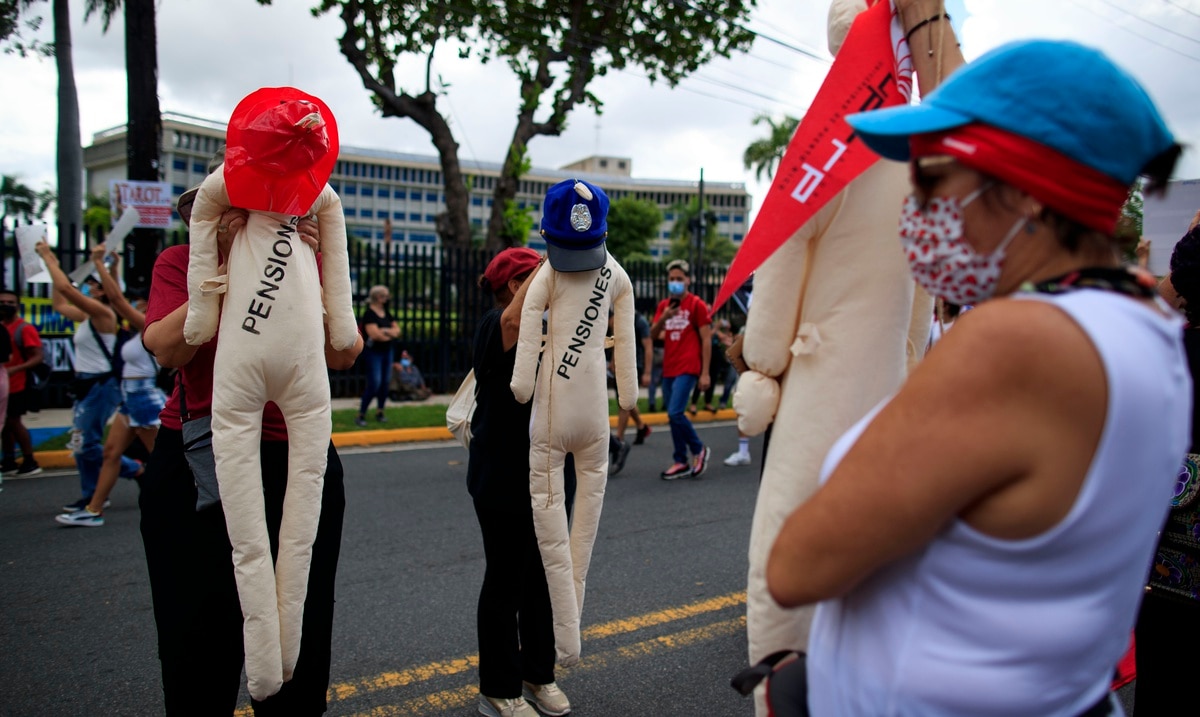 The stage of presentation of evidence around the Central Government Adjustment Plan (PDA) culminated yesterday with several testimonies that assure that the modification of debts and the agreements agreed by the Fiscal Supervision Board (JSF) can be paid only if the government continues with the required budget cuts and a plethora of reforms, some of which have even been called into question.

Similarly, the fourth day of the PDA confirmation hearings culminated in the presentation of a report from the Official Retirees Committee (COR) that reveals the impact that the freezing of pension benefits will have on public employees once they retire. and consequently for the island’s economy.

Yesterday’s session around the central government PDA was the last that Judge Swain presided over from the federal court in Hato Rey and it passed relatively quickly, with the parade of about six witnesses from the Board in a span of just over four hours and with the sole questioning of individual bondholder Peter C. Hein to four of these.

The session, however, was crammed with technical references. Among these, for example, the number of bonds that a bondholder will receive in exchange for delivering those they own or the subsequent benefit that central government bondholders would receive if the federal Internal Revenue Service (IRS) accepts the request of the JSF so that everyone who owns the restructured debt of the US territory does not pay a penny of taxes, including payments that may be received from the Contingent Value Instrument (CVI, in English).

The CVI is a kind of certificate that will be given to the bondholders and that establishes that when the collections of certain taxes such as the Sales and Use Tax (SUT) or the rum excise duties exceed the projections, they will receive a slice of the income. received above certified projections for fiscal year 2020.

In addition to Wolfe, who previously dissected the economy of Puerto Rico at the request of the government, and the economist Anne Krueger, Adam Chepenik, an executive of Ernst & Young (EY) and formerly a US Treasury official when the federal Promesa law was approved, appeared as witnesses; Juan Santambrogio, also an executive at EY and Marti Murray, an executive at The Brattle Group and a restructuring expert who analyzed whether the mediation process that was carried out in light of the Title III Cases resulted in reasonable settlements.

Also sitting in the witness chair was David Brownstein, Citi executive and one of the architects behind the financial structure in the PDA and the statement of Jay Herriman, executive of Alvarez & Marsal, another of the firms that advises the PDA, was accepted. fiscal body.

In the case of Wolfe, it is an extensive report in which the macroeconomist assures that if Puerto Rico adopts the controversial structural reforms that the Board has promoted for about five years, the government of the United States will be able to generate about $ 30,000 million in additional income, money that would allow meeting all the debts to be modified with the Plan of Adjustment (PDA).

In that list, Wolfe mentions the need for reforms in the labor sphere, including the repeal of the Unjustified Dismissal Law or Law 80, modify the permit processes issued by the government for various purposes, and modify the island’s tax system by eliminating the inventory tax and creating a tax rate for all types of companies.

However, to date, the government has opposed changes that affect the rights of workers and the repeal of Law 80.

In addition, the Board is betting – and the economist Wolfe assures – that a reform to the permitting processes granted by the government would serve to attract new investment to the island.

The Board’s thesis on competitiveness rests on the fact that Puerto Rico has poor marks when it comes to permits and this discourages private investment.

This premise rests on the conclusions of the report “Doing Business”, published by the World Bank and prepared by EY for that institution. According to the most recent publication of the report, the island was ranked 65th out of 191 countries when it came to business climate.

However, on September 16, after various reports and internal audits regarding improper handling and possible misconduct by its officials in handling the database that gave rise to the report, the World Bank reported that “it will discontinue ”The publication of the“ Doing Business Report ”, which hundreds of jurisdictions were already using as a reference for public policy and development issues.

According to Wolfe, if Puerto Rico proactively implements these changes, they would reverse the negative growth trend and create “a source of fiscal surpluses that would be sufficient to cover debt service” under the PDA.

Nevertheless, Asked by bondholder Hein, Wolfe also confirmed that at present the government “has largely failed” to adopt the structural reforms promoted by the Board.

“Even considering the significant reduction of central government debts through a Title III process, the revenues and obligations projected in the fiscal plan and the government PDA show annual surpluses in sufficient amounts to cover the new service obligations to the debt until fiscal year 2034 ″, says Wolfe’s opinion, adding that after that date, the projected economic activity would not give the government more room for maneuver.

Wolfe’s observation about the near deficit situation that Puerto Rico will face becomes more relevant when examining the testimony of Simon Johnson, professor of entrepreneurship and head of Global Economics and Management Group.

Johnson’s report, at the request of the COR, estimates that the cut of up to 8.5% in pensions would have resulted in a two-tenth drop in the island’s Gross Product.

Although this cut will not take place after the pact between the Board and the government, The expert’s report indicates that to the extent that retired employees earn low pensions, this will continue to accelerate migration, which in turn will “erode the tax base” of the island and the ability to pay bondholders and other creditors .

That data and other considerations, such as the ease of mobility of Puerto Ricans to other places in the United States, open the door for retirees from the public sector to be treated differently from other creditors in the PDA, according to Johnson.

However, the report also establishes that freezing pension benefits for teachers and judges and transferring these workers to defined contribution plans will deal a blow to the economy.

In fiscal year 2024, the freezing of pension benefits would only save about $ 6 million, but in the long term, between fiscal years 2022 to 2051, the pension reform would result in $ 5.6 billion in savings to the treasury, money that they will not receive. public employees once retired and who will not be available to inject into the economy.

If the PDA is confirmed, the pension benefits freeze would take effect on January 1, 2022.

The PDA confirmation hearings continue next Monday, via virtual and telephone. Swain will preside over the process from his ward in the Southern District of New York.