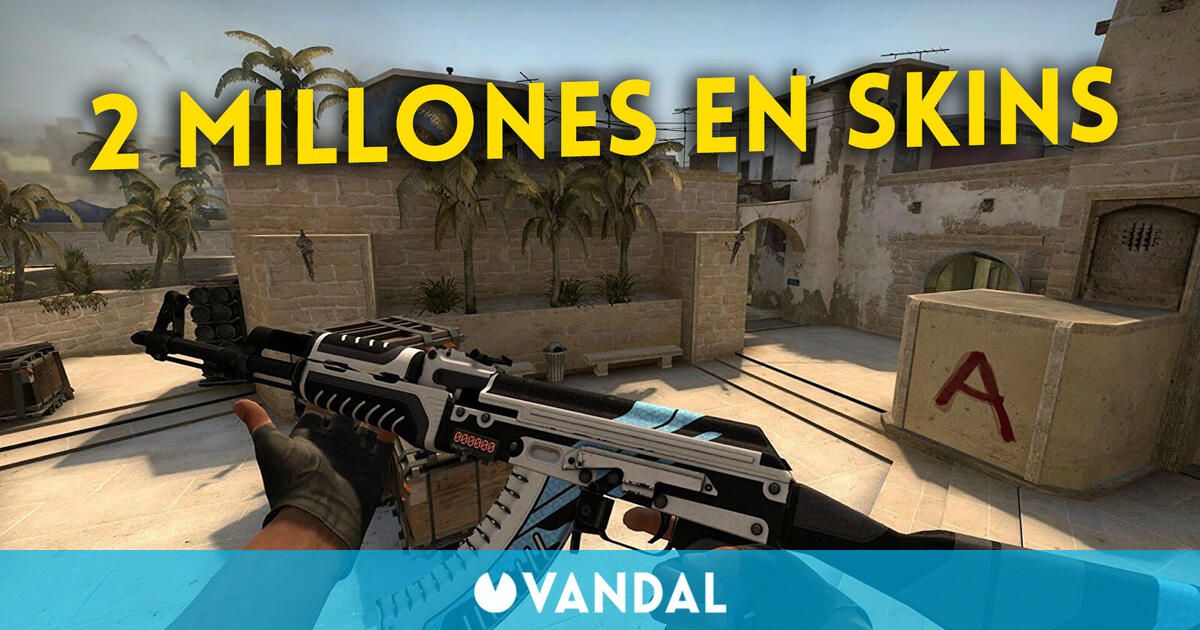 A group of hackers have stolen nearly $2 million worth of skins from Counter-Strike: Global Offensive, Valve’s popular multiplayer in-person shooter, from a collector (via Eurogamer). Any regular CS:GO player knows that there is a great interest in cosmetics collecting among the community, which motivates more than one user to invest a large part of their savings in making different collections. In fact, there are some users who purchase certain valuable cosmetics with the intention of selling them in the future to earn money.

Focusing on the news at hand, from PCGamesN they have reported that a collector has lost his entire inventory of cosmetics – with an estimated value of 2 million dollars – due to a team of hackers. In the attached tweet that you can find above these lines, the user claims that his collection was the “most expensive inventory of all time” as it contained some of the most legendary and difficult to obtain CS: GO items. The “karambito no-star” and “#1 blue gems”, two objects that are part of the stolen collection, are worth about 1.4 million dollars together.

A difficult collection to recover

Despite the fact that the user has asked Valve and CS:GO player support for help, the user has highlighted in his post that half of the inventory has already been sold, while the other half has been transferred to the company. Steam account of the hacker group, with whom he is currently waiting to negotiate. At the moment it is completely unknown how the hackers managed to compromise the security of the user’s account to access it and steal the contents.