This was the attack on one of the schools in Aracruz, Brazil, this Friday

At least two teachers and one student died and eleven other people were injured in an attack carried out this Friday by a young armed man who opened fire in two schools in the Brazilian municipality of Aracruz and now he is a fugitive.

The attacks occurred specifically against the Primo Bitti State Primary and Secondary School (EEEFM) and the private school of Praia de Coqueiral. First, the assailant invaded the state school with a gun and shot several times in the staff room. Two of them died instantly. and at least nine others were injured.

The attacker then left the place in a car and went to the Praia de Coqueiral private school, where killed an elementary school student and left two other people injured, according to Colonel Márcio Celante, secretary of Public Security and Social Defense for the state of Espirito Santo, in southeastern Brazil.

The individual was going dressed in camouflage and with his face covered to make it difficult for him to be identified by the cameras in the centers, according to Celante, before announcing a regional search and capture operation against the attacker. 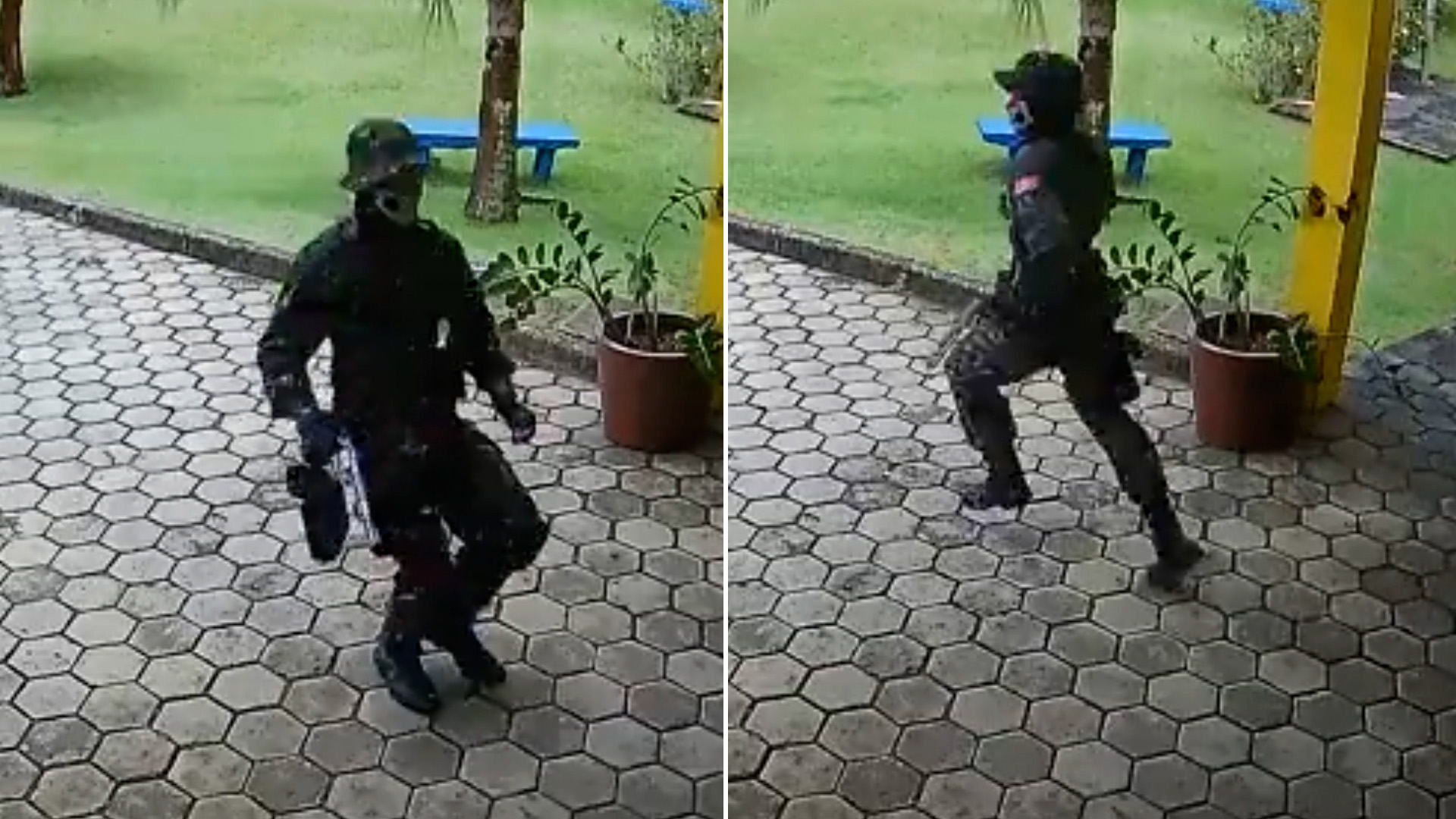 The authorities have set up a security device to try to arrest the shooter, whose identity is still unknown.

The elected president of Brazil, Luiz Inacio Lula da Silva, lamented this Friday the double attack in Aracruz. He said he received the news “with sadness” and expressed his “Solidarity with the relatives of the victims of this absurd tragedy”which has not yet been commented on by the current president, Jair Bolsonaro, who will leave power on January 1.

The two attacks on the two schools, in the same neighborhood of the city of Aracruz, occurred this Friday in full class time.

According to Celante, the person responsible for the crime is a teenager who broke the lock on the door of the first school and during a break between classes went to the teachers’ room, where he opened fire with a semi automatic pistol against teachers. In the second school, he shot at three students, causing one death and two injuries, who, like the rest, have been taken to nearby hospitals.

The governor of Espíritu Santo, Renato Casagrande, confirmed the events and said that The possible motivation of the young man, who is suspected to have been a student at one of those schools, is still unknown.both primary and secondary education.

Incidents of armed violence in schools in Brazil have increased in recent years. On March 13, 2019, two former students shot dead eight people, most of them students and employees, at a secondary school near São Paulo, and then committed suicide. And on April 7, 2011, a 24-year-old former student opened fire at a Rio de Janeiro school, killing 12 people and wounding several others, before committing suicide.

(With information from EFE, AFP and EuropaPress)

Previous Streisand Effect: The networks respond unanimously to the controversy between ‘El Hormiguero’ and the campaign of the Ministry of Equality | Big Bang
Next The controversies of Argentina-Mexico in the World Cup in Qatar 2022