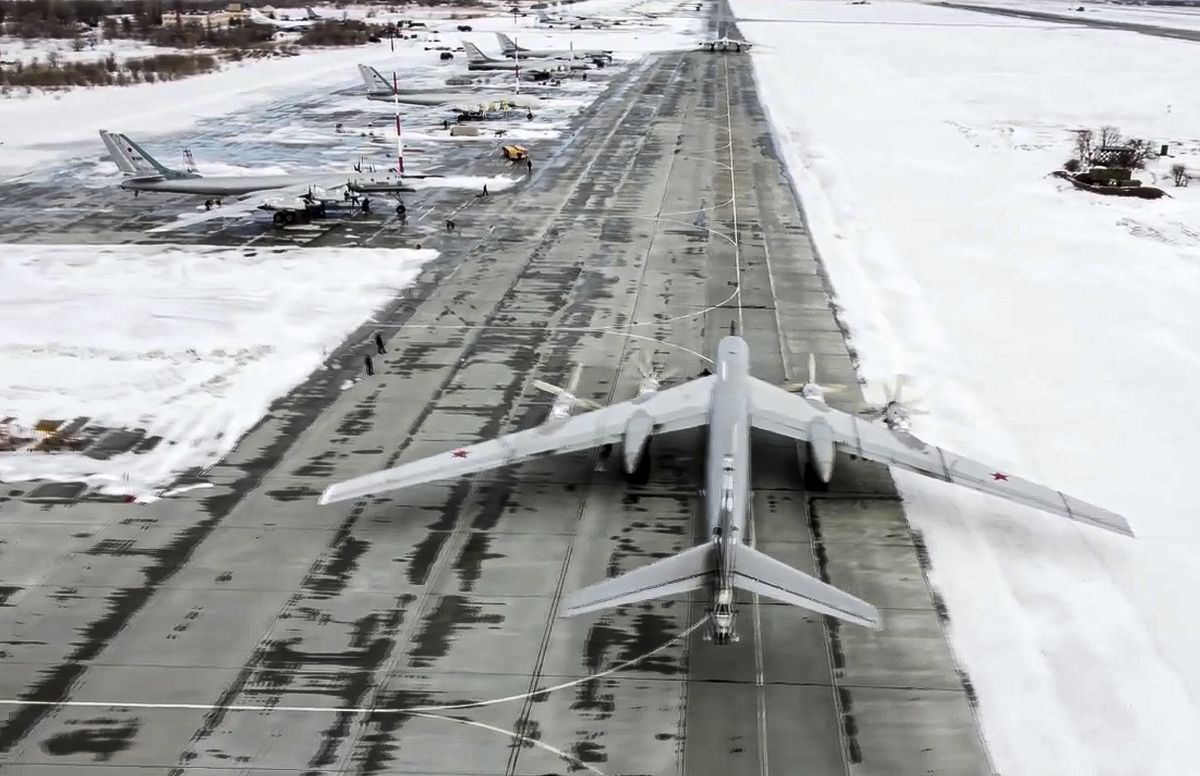 New attacks attributed to Ukraine on Russian soil. Three soldiers from the Kremlin forces have died this Monday after a drone attack on the Russian military base of Engels, some 600 kilometers from the border with Ukraine, as recognized by the Russian Ministry of Defense, which has assured that the aircraft is part of the arsenal of kyiv troops. The attack is the second this month against the strategic military installation in the Saratov region, on the Volga River, a base that houses bombers that can carry conventional missiles, such as those that Russia uses — along with Iranian kamikaze drones — to attack infrastructure. Ukrainian energy companies and civilians, but can also carry nuclear weapons.

The latest attack – it joins other previous raids at various points, which, however, the Ukrainian government has not claimed responsibility for – shows the cracks in the Russian air defense system. Also the flaws in the design of the Kremlin’s large-scale war in Ukraine, which has entered its eleventh month and is exposing the dire situation of the Russian army and its troops, once one of the most feared Armed Forces. of the world.

The Government of Volodímir Zelenski maintains its cryptic attitude about the attack on Monday against Engels. As in the previous ones, the Ukrainian army does not acknowledge responsibility. Following the December 5 event—both at the same Engels base and at another facility in the Ryazan region—Ukrainian Defense Minister Oleksi Reznikov repeated a Soviet-era joke about careless smoking. “Very often, Russians smoke in places where it is prohibited,” ironized Reznikov, who pointed out that thanks to this incident with “cigarettes,” Russia will have a more difficult time attacking Ukraine.

This Monday, the spokesman for the Ukrainian air force, Yuri Ignat, stated that the incident at the Russian base is another of the “consequences of Russian aggression.” “Another ‘explosion’ like the one we are used to hearing. Those are the consequences of what Russia is doing on our land. If the Russians thought that the war would not affect them, they were very wrong, ”he remarked in a comment on a live television program. “These things are happening more and more frequently and we hope that they will only benefit Ukraine,” he added.

The Russian Ministry of Defense has ensured that the Ukrainian drone did not impact the base, but that it was shot down by its “low-altitude” air defenses and that it was its remains that killed the three soldiers, members of their air force, according to a statement quoted by the state news agency Tass. Russia affirms that the explosion has not damaged any of its planes, but testimonies broadcast by specialized Telegram channels -both Russian and Ukrainian- assure that there have been damages.

Russian social media and war bloggers’ Telegram channels have bubbled up after the Engels airbase incident, as they did in previous incidents. The explosion has sparked complaints from some of the commentators most critical of Russian President Vladimir Putin’s military strategy, who have charged against what they have considered failures in the Russian defense. “The war, as it should have, opened our eyes to many things,” Alekandr Jodakovski, one of the leaders of the Russian military leadership of the pro-Russian separatists that the Kremlin raised and nurtured in the region, launched on his Telegram channel. Donbas Ukraine.

Putin commented a few days ago that the situation in the Ukrainian regions that the Kremlin has illegally annexed is “extremely difficult” and has recognized that the state of the Russian army is not ideal by stating that it will provide unlimited funds for its war in Ukraine.

Following previous attacks on Russian territory at the beginning of December, Moscow launched a bombing campaign against Ukrainian infrastructure that further exacerbated the problems of electricity and gas supply to the civilian population in the dead of winter. This Monday, after new morning attacks in Zaporizhia, Kharkov and several towns in the Donbas region, the Ukrainian electricity company has announced that there will be scheduled emergency power cuts in five regions of the country, including in the capital, kyiv, to try to deal with the overload of a very depleted and damaged energy system.

A New Year’s Eve in the dark

Zelensky has warned that the Russian army may intensify its attacks on the electricity grid in the coming days to leave the public in the dark before the New Year’s Eve celebrations. “We must be aware that our enemy will try to make this time dark and difficult for us,” he declared in his late-night speech, posted on social media. “[Rusia] it is trying to make up its losses with the gloating of its propagandists after the missile attacks on our country, on our energy sector,” he added.

In Kherson, the Black Sea port city that was under Russian occupation until early November and whose loss has been a severe blow to Putin, the Kremlin is launching its bombing raids viciously from positions across the Dnieper River to which has withdrawn. This Monday, after one of the worst attacks, which killed a dozen people and injured some 60 this weekend, the authorities have again called for evacuation for fear that the bombings will intensify in the coming days.

The city streets are only lightly dotted with pedestrians, a few citizens on bicycles, and very few cars. The traces of Russian bombardments on what until November was Russia’s biggest victory — its only conquest of a regional capital since the start of the invasion in February — are visible on many apartment buildings in areas closest to the Dnieper. Also in the center of the city, where citizens are fed up with the situation.

Previous Russian sausage magnate Pavel Antov dies after falling out of a hotel window in India
Next Futbol Estufa of Mexican soccer: Registrations, cancellations, reinforcements and rumors of the Clausura 2023 | Sports Liga MX