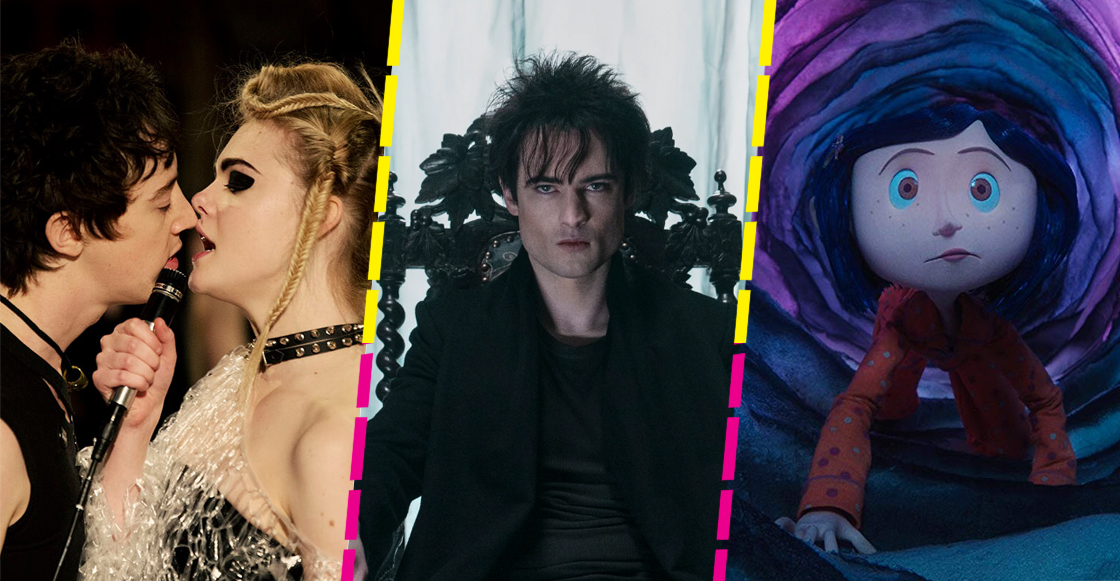 The much-anticipated adaptation of The Sandmancourtesy of Netflix, will serve as an introduction to the world of Neil Gaiman for many, one of the most prolific authors who has seen several film and television adaptations of his work. HERE the trailer of the Comic-Con.

Without a doubt, he is one of the best writers today, and the comic of The Sandman is one of the most acclaimed. However. This is not the first time this title has been adapted. There is an audible version that has an impressive voice cast, with actors like James McAvoy, Kat Dennings, Riz Ahmed, Taron Egerton, Andy Serkis, and Michael Sheen.

But live action is something else, and we can tell you that it looks spectacular. Therefore, before the premiere of this series, we share here a list of 5 adaptations of Neil Gaiman’s novels or short stories that we recommend.

You can also read: Who’s Who in Netflix’s ‘The Sandman’ Series?

In 1990, Terry Pratchett and Neil Gaiman published the novel Good Omens: The Nice and Accurate Prophecies of Agnes Nutter, a comedy book about the attempts of Aziraphale (an angel), and Crowley (a demon), to prevent the apocalypse.

In 2019 Amazon Prime Video managed to put together an adaptation of this work with Michael Sheen as Aziraphale and David Tennant as Crowley, Frances McDormand as God, and Jon Hamm as Gabriel. This work expands on some of the ideas introduced in the novel and respects the original humor.

Unfortunately, Terry Pratchett passed away in March 2015 and was unable to see this production, but both Neil Gaiman and the entire team made sure to make a series that Pratchett would be proud of. Although originally planned as a limited series, Amazon saw the potential to continue this story and ordered the production of a second season that will explore stories beyond the book.

The name of Matthew Vaughncurrently, takes us directly to the franchise of Kingsman, kick-ass or even X-Men: First Class. But before all this, in 2007, he premiered stardustan adaptation of the homonymous novel written by Neil Gaiman.

This film tells the story of a young man named Tristan (Charlie Cox) who promises his beloved Victoria (Sienna Miller) a shooting star that fell from the sky. Embarking on this journey, and leaving his village for the first time, he arrives at the crash site.

Here he discovers that the star is a woman named Yvaine (Claire Danes). While Tristan wants to take her back to Victoria, three witches are looking for her to take out his heart and cast a spell to rejuvenate. With this novel, Gaiman aimed for a style more akin to Lord Dunsany’s than Tolkien-like fantasy.

Stardust: The Mystery of the Star You can see it on Netflix.

american gods is Gaiman’s most famous and award-winning novel. In 2001 it won the Hugo Award for Best Novel, the Nebula Award and the Locus Award for Best Fantasy Novel. And this is not for nothing, it is a work that presents us a war between the old gods (Odin, Anubis, Anansi, and many others) and the new gods (Media, Technical Boy, Mr World).

At the center of this story we have Shadow Moon (Ricky Whittle), an ex-con that after leaving prison, he finds out that his wife died in an accident. Being aimless, accepts Mr. Wednesday’s (Ian McShane) offer to become his bodyguardand so they embark on a journey across the United States trying to recruit gods for the coming war.

Before I fully recommend the Starz adaptation to you, We have to mention that the series was canceled in its third season. The production and behind-the-scenes problems were not a secret secret. For example, between the three seasons they had four showrunners, there were some actors who left and at some points it deviated too much from the source material, for better and for worse.

For us, the first season where Bryan Fuller was at the helm, is the best. If you dare to see the complete series and want to know how the story ends, you can always go back to the novel, which has a 10th anniversary edition that includes 12,000 more words than the original text.

It may be a surprise to some (yes, it still is), but Tim Burton did not direct The Nightmare Before Christmas. Credit goes to Henry Selick, who in 2009 gave us one of the best adaptations of a Neil Gaiman story with Coraline.

Both the film and the book tell us the story of Coraline Jones, a girl who moves to a new house where she discovers a door that leads her to another world: one much more colorful and happy than her own, and where apparently the only difference is that all its inhabitants have buttons instead of eyes.

In addition to presenting spectacular stop motion animation, fantastic music by Bruno Coulasand a great voice cast including Dakota Fanning, Teri Hatcher and Keith David, Coraline is a great choice of a fantasy movie with horror elements for children.

How to Talk to Girls at Parties

In 2017, the great John Cameron Mitchell, along with A24, brought their interpretation of the short story to the cinema. How to Talk to Girls at Parties. We say interpretation because if it were a literal adaptation, it would be a short film and not a movie.

The basic story is the same: a group of friends arrive at the wrong party and find that the residents of this place are not what they expected. The film greatly expands on this story and places it in the 1980s on the punk scene in England where Enn (Alex Sharp) meets Zan (Elle Fanning), and together they will explore London, its music and culture.