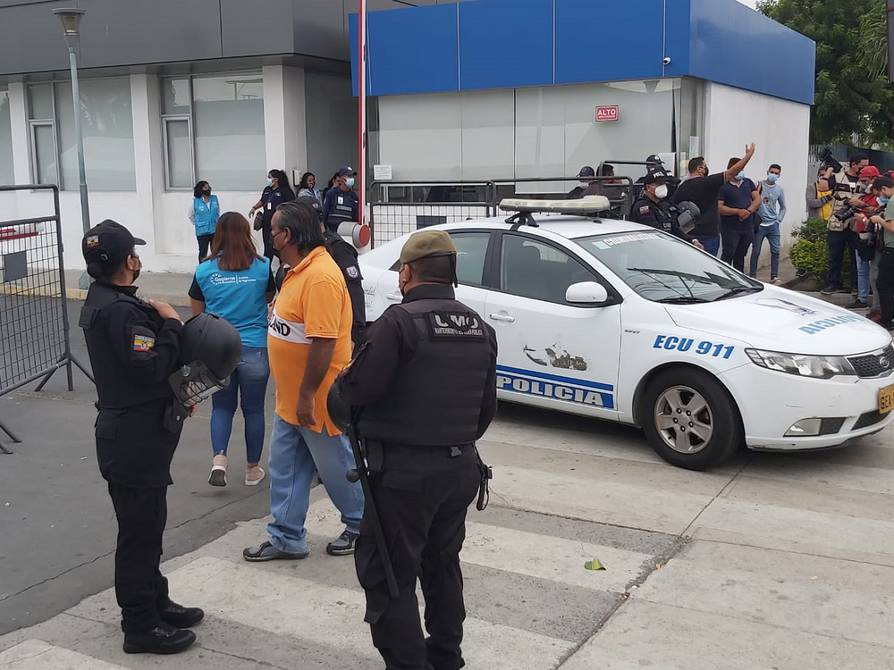 The military already has control of certain areas of the jail. They even entered a ward and rescued three inmates who were kidnapped.

According to the latest police report, 46 of the 62 corpses of the inmates murdered in the Litoral Penitentiary at dawn on Saturday, November 12, have already been identified.

The figure was corroborated by Colonel Marco Ortiz, director of Scientific Technical investigation of the Police, this Tuesday. Likewise, the experts continue the process of identifying the remaining 16 bodies by means of fingerprint work.

In a next phase, the lagging group of these bodies, in which complications are determined for their recognition, would be performed genetic analyzes with the comparison of profiles between them and their relatives.

Ortiz added that as of this noon 34 bodies have already been handed over to relatives. This morning, in that police unit the assistance of relatives of the victims of the massacre continues. There, they collaborate with information that can facilitate the identification of their relatives.

Likewise, several government entities assist with psychological support and even food. For now, the authorities do not release an official list of the deceased prisoners, however, some names have been confirmed by relatives or lawyers. One of those is Abraham Muñoz, who was convicted in an organized crime process for the irregular sale of Actemra medicine during the pandemic.

After the military entered the Litoral Penitentiary, Fausto Cobo, director in charge of the SNAI, indicated that the so-called “death row” and the internal perimeter are controlled.

The official said Tuesday morning that the military already have control of certain areas of the jail. They even entered a ward and rescued three inmates who were kidnapped.

As part of the measures activated to stop the confrontations, the Government ordered on Monday 500 members of the Armed Forces and a similar number of members of the Police to enter the Penitentiary. (I)