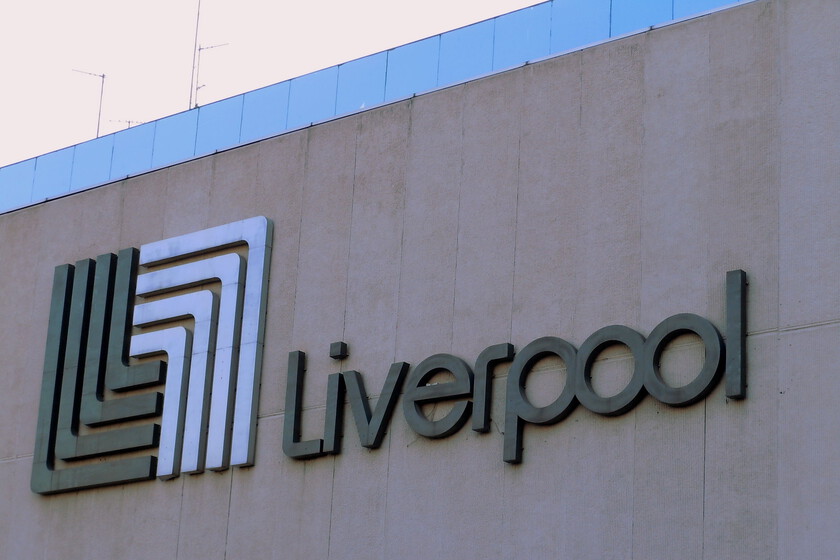 On the night of August 1 and early on August 2, Liverpool received hundreds of purchase orders for Samsung televisions at prices between 1,500 and 2,000 pesos, with sizes between 43 and 55 inches. Hours later, Liverpool began notifying about order cancellations, making refunds and even offering 10% promotional coupons to compensate buyers, according to emails we have seen in Xataka Mexico.

Now, a group of more than 400 affected are organizing to go directly to Profeco and make sure that the discount offered through the Liverpool portal and app is respected. The case reminds many others, some of which have ended up in class action lawsuits, as happened with discounts offered on the Sony portal for PS5 consoles and that, in the end, the purchased consoles were canceled by the official online store.

Liverpool has not been available to comment on the matter at the time of closing this text.

Some of those affected resorted to contacting the store through WhatsApp. Those who did, received the explanation that the purchases were canceled due to “lack of inventory”, according to conversations we have reviewed since Xataka Mexico. 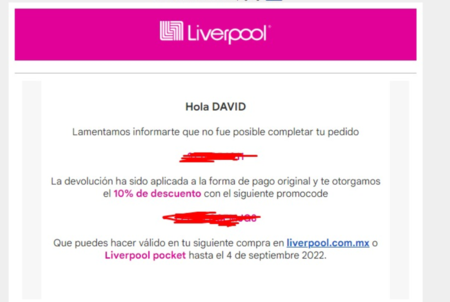 Mail received by those affected. 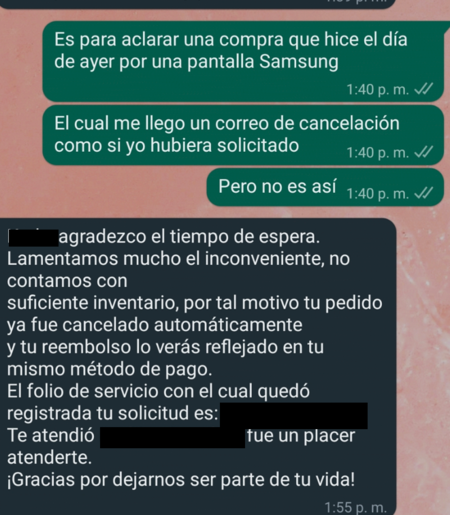 The purchases were canceled due to lack of inventory, according to the explanation given to some users through WhatsApp.

The legal advisory and representation services company, Gabmex, is already providing support to those affected. The administrative director of the company, Luis Hernández, said in an interview that some of the emails sent to those affected in which they are notified of the cancellation “are designed to show that the consumer was the one who requested the cancellation“.

“It is very common practices by which companies distance themselves from this type of sales“, he added.

However, even for those who are being notified, Hernández clarifies that the cancellations do violate their rights as consumers. In the best of cases, the group advised by the consultant where Hernández works seeks to obtain the products at the price offered, but if this is not the case, the Federal Consumer Protection Law indicates that the supplier must compensate with a discount of at least 20% of the price paid.