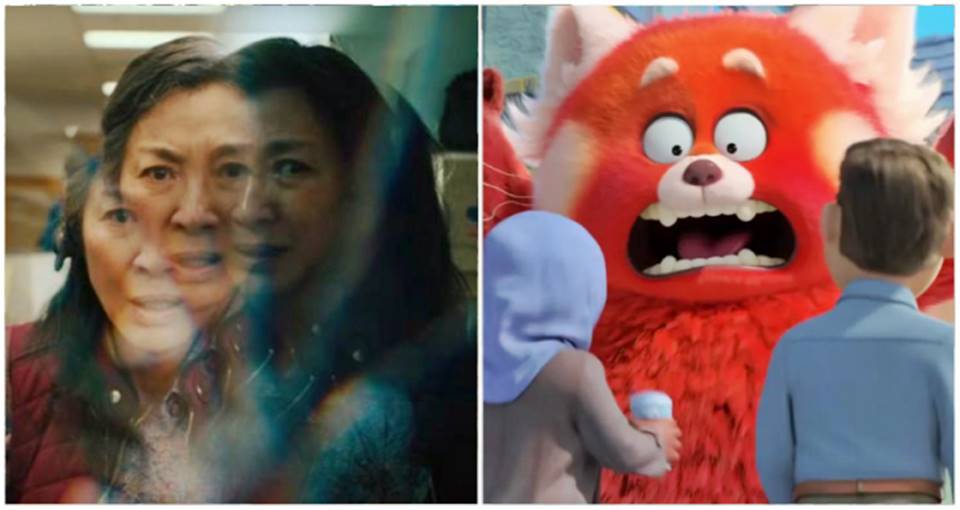 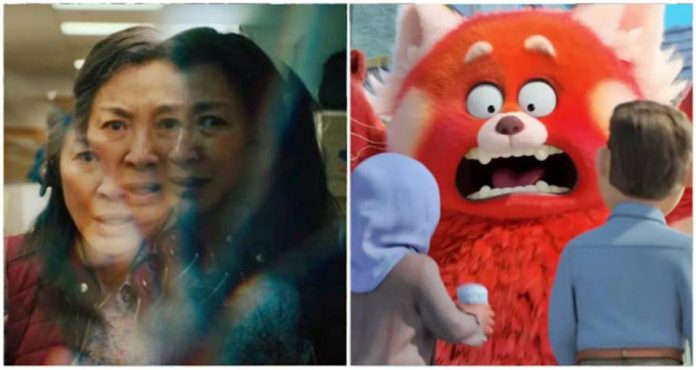 Something curious happened during this culminating year, because not only the distribution of quality films found a very fair measure in terms of its international distribution models, where in Mexico we were able to watch very appreciable films both on billboards and on streaming platforms, pluralizing the offer in the face of a reasonable demand by moviegoers eager for a proposal, while also the escapist nature that is usually associated as one of the intrinsic benefits of films was variable and at times localizable in projects that appeared something different when showing alternative cinema or not Limited to the Hollywood factory, such as “Everything Everywhere at the Same Time”, it managed to demonstrate more aptitudes to entertain and nurture the intellect of the respectable, unlike films that worked on similar themes, such as “Doctor Strange in the Multiverse of Madness” ( in fact, rare was the franchise movie that met mass expectations or stuck to it. floated successfully among the taste of the popcorn audience, since neither “Thor: Love and Thunder”, “Batman” or “Wakanda Forever” transcended at a popular level – regardless of a box office product of inertia rather than roots or genuine appreciation for them – even if they were panned by critics at the time). All in all, 2022 was a successful year in terms of expressiveness and cinematographic diversity and, in order to recover some of the most representative titles in this regard, here is my list of the 10 best films of the year, with the hope that the 2023 be even better.

10.- “SPENCER” – Not only is it confirmation of the talent of the Chilean filmmaker Pablo Larraín as a chronicler of real figures transferred to the screen, it also testified to the (very) hidden talent of the actress Kristen Stewart to detail with measure and emotional sensitivity the psychological and heart fractures in the mythical Diana Princess of Wales.

9.- “TURNING RED” – Disney has been foolish with its subsidiary PIXAR lately by relegating the latter’s titles to its Disney+ platform under the pretext of the pandemic, while the Mouse Factory premieres whatever it is on the big screen. Too bad, because this story about a Chinese-American teenager who deals with her hormonal transition by transforming into a panda, while touching on issues like friendship, autonomy, and family, is a little gem that should have been seen in theaters, especially for its “Godzilla”-style climax. ”.

8.– “THE ALLEY OF LOST SOULS” – Guillermo del Toro is no stranger to stories of this kind (so much so that he will appear here again) and with an exercise that goes beyond mere stylistic calisthenics like this superb tribute to the narrative scaffolding and plastic structure of film noir that also has a excellent cast and a plot structured by betrayal and infamy, then we have one of the most purely cinematographic projects of the year.

7.- “EVERYTHING EVERYWHERE AT THE SAME TIME” – Loneliness, self-realization, and the emotional sins of the past find their place in a science fiction story paired with black humor in this wonderful film where Michelle Yeoh takes over the screen accompanied by former Indiana Jones boy Ke-Huy Quan providing pathos everywhere. .

6.- “DRIVE MY CAR” – Sublime intimate drama that fits the sensibility of Japanese cinema and its director Ryusuke Hamaguchi, where a playwright deals with the loss of his wife while establishing a strong friendship with the driver who transports him while he is in Hiroshima for a production. scene. Magnificent example of a narrative minimalism well applied to very human elements

5.- “THE MAN FROM THE NORTH” – Director Robert Eggers confirms his stature as one of the most interesting filmmakers of the new breed with this epic with a brutal, violent and emotional disposition that sins of preciousness, but at the same time helps to wrap up his story about a revenge without equal in medieval times. with his sublime and meticulous photography.

4.- “BLONDE” – Many literary, television and film biographies have been dedicated to the godlike Marilyn Monroe, but this visceral, honest and almost surreal vision of the myth was missing from the accurate Andrew Dominik, who also has a stupendous Ana de Armas clad in the skin of the headline blonde.

3.- “ANDOR” – The surprise experience is always pleasant when a project with this quality arrives without knowing what will happen. The most accomplished and highest quality series ever produced by Disney+ to date, it boasts plot intelligence, excellent performances, and a slow-cooked plot suitable for those who appreciate the reasoned fabric of a good story with diverse nuances and well-constructed characters that surpasses even to several of the tapes that gave him life.

2.- “PINOCCHIO” – Beautiful fable about the human condition, death and paternity masked as a children’s story that expresses the sensitive approach that its co-director Guillermo del Toro usually uses to create his stories, where innocence put to the test and the entropic adult world coexist to dispense in a genuinely useful and honest moral here supported by an animation of great plastic richness.

1.- “NO NEWS AT THE FRONT” – The classic text by Erich Maria Remarque finds in this German production for Netflix an iteration overflowing with lyrical viscerality and pictures of grotesque beauty that reflect the inevitable abandonment of idealism for a brusque adulthood that its main character lives in the brutal trenches of the First World War . Masterful use of the camera, natural settings and a cast committed to the cause make this the best film of the year on billboards or platforms.