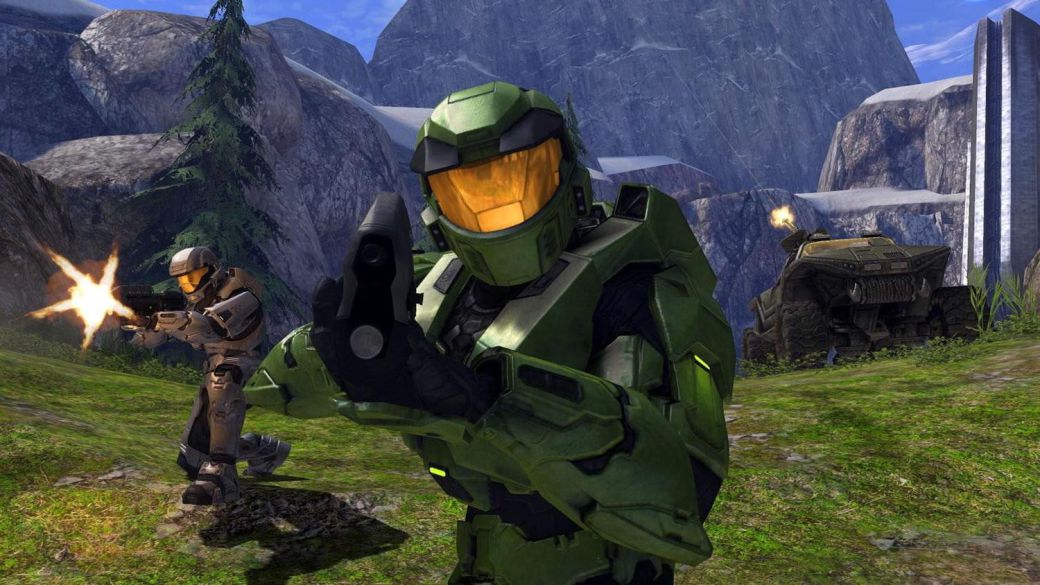 In 2021 Xbox turns 20. Specifically, it does this on November 15, when it went on sale in the United States with one of the best launch games ever, Halo: Combat Evolved. Microsoft has started the celebration of the 20 years of Xbox these days, and a question that came to mind when remembering its arrival in the console sector is… Has the industry improved with Xbox? The answer is yes.

Many saw in Bill Gates’ company a kind of hostile bid against a sector that had been in the hands – at the hardware level – of Japanese companies. With the tradition of Nintendo and the brutal success of Sony with its first two consoles, and already with SEGA abandoning the fight after Dreamcast. Some warned two decades ago that nothing good could come of his foray into the industry.

It is evident that the punishment money that Microsoft had helped not only to build a very powerful console – it was a camouflaged PC – but also to take away from Apple what had to be its great exclusive from the hand of Bungie. But this is as true as that Xbox modernized many things in the field of consoles, gave a touch of attention to the usual companies and with its successes and what it has demanded of the competition, it has been an active role in the development of the last 20 years.

Go ahead, I am fully aware that this is a capitalist system and that here you come to earn money, not to please users by the grace of God. But this is so true, what all companies play, as the decisions that have been made by Xbox to earn money have served, in many cases, to advance as a means and to convince the user.

Now we are quite far away, but the bet a serial hard drive to save games, and Xbox Live and real online gaming, with a solid structure and features that we take for granted today – playing with friends, voice chat, direct connection from the platform – were not the norm in others. Yes, Dreamcast was advanced (and better than PS2 or Gamecube, later) but it was with Xbox that we began to understand how to enjoy playing online on consoles and how easy it should be to do so. No adapters. Without depending on the structures of each game and each third party. By the way, if you had a hard drive you could download new content. Today it seems logical. At the beginning of the 2000 neither Sony nor Nintendo had considered it.

The power of Xbox allowed us to watch games on our television that we did not think possible. If one compares Splinter Cell Chaos Theory with other versions you will find out. Or try Ninja Gaiden Black, Riddick, Project Gotham Racing 2 and the Halos, of course. You can’t understand Xbox without Halo. Power, a new catalog of games with new intellectual properties and an online system that was a reference. Microsoft didn’t come here for a ride.

Not all have been hits; the online payment was established with them, and the forgetfulness of the user at the beginning of Xbox One has been a huge slab luckily, already redirected

I am not going to review all the consoles, milestones and proposals that the Xbox brand has been giving us in detail, but it is clear that you have to do something very well to get Xbox 360 and get to compete face to face with PS3, successor to the best-selling console in history. With her we discovered unforgettable games, we understood the dashboard of a console as an operations center, of connection with the rest, and not a simple menu of access to the characteristics of the machine and we saw very important advances in what is the structure of the online game or in the impulse of the games downloadable, as well as other non-minor details, such as achievements. From his good work, the attitude of yesterday’s competition (the generation begins when we say so) is radically different from the one we have today, and we have all won in that as well. Because competition, which demands, improves the whole.

Not all have been hits, far from it. With Xbox Live the payment online arrived to which all have joined, to which many We already take it as something normal but it shouldn’t have been. And also an Xbox One launch with which he moved away from precisely everything that Xbox and Xbox 360 had built. With Don Mattrick at the helm, Microsoft was forgetting the most important thing: that we are here to make money but that money is made with the trust of users.

Game Pass and xCloud are today what the hard drive and Xbox Live were in 2001: steps ahead of the rest in search of a new gaming horizon

A rebuilt trust with Phil Spencer through backward compatibility, promising new internal studies, a user-friendly Series (for features, technical improvements, and usability) and new strategies on the way. Game Pass and xCloud are today what Xbox Live and the hard drive were 20 years ago. Steps ahead of the rest, seeking to expand new ways of playing.

So yeah, Xbox’s 20 years in the industry have helped improve it. And although there are doubts on the table – we are still waiting for first party games from companies acquired in 2017, the lack of stock of the console or the presence of the brand in territories like ours, which is far from what it was in 360- , today we have a strong Microsoft. And a strong Microsoft is the best news for its users… But it is also the best news for all players on other platforms and that they will never have an Xbox.