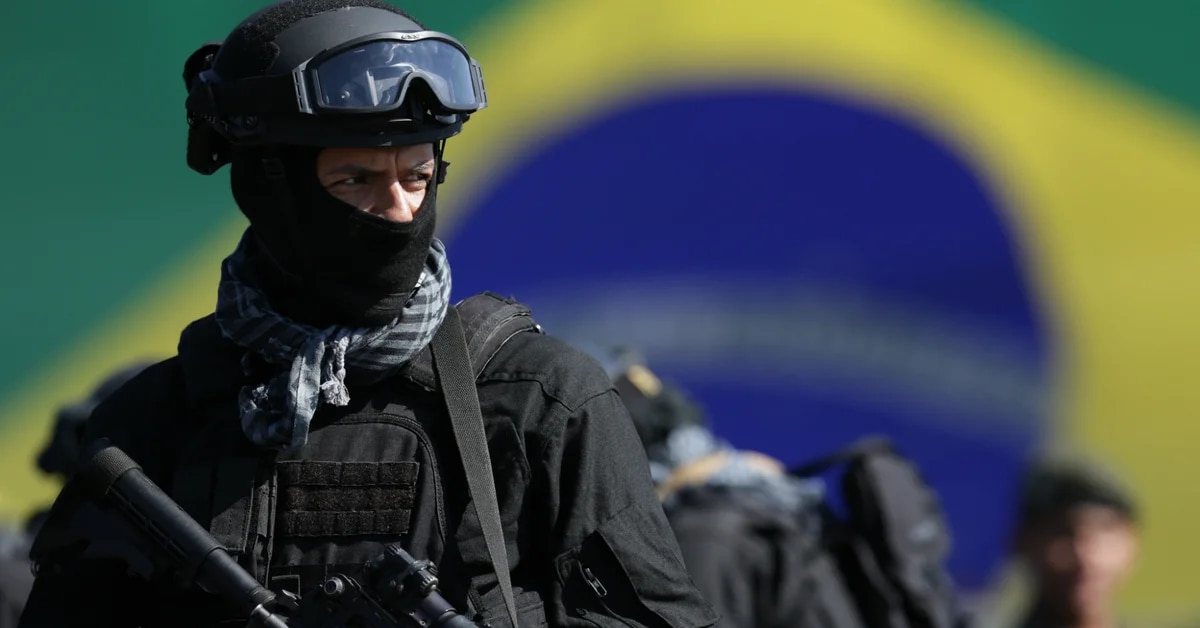 After the recent attacks, 100% of the Brasilia police will mobilize during the inauguration of Lula da Silva (AFP)

Lula da Silva will take over as the new president of Brazil next January 1 in the middle of a strong security operative that will mobilize the entirety of its police forces.

In recent days, a series of attacks Y unrest occurred in Brasilia aroused concern in the team in charge of coordinating the transfer of command and the investiture act that will also have the presence of more than twenty Heads of State of all the world.

That is why, this Sunday, “There will be a mobilization of 100% of the police forces of the Federal District (DF) to guarantee the security not only of the President but also of the foreign delegations and the public,” Lula’s future Security Minister told reporters on Tuesday. Flavio Dinotogether with the governor of the Federal District -also responsible for the local police-.

He also commented that, so far, “there is no change” planned on the plans of the ceremony that include a Parade of the new president in a vintage convertible car through the streets of Brasilia, together with the hundreds of thousands of supporters who are expected to come out to greet him.

Many speculated that this walk could be changed to a parade before the public on the Esplanade of the Ministries aboard a closed car. However, Dino stressed that “both stages will be available that day” and the final decision will be made “on the spot”, based on how the previous acts unfold.

Likewise, the future Minister trusted that it will be a “safe and peaceful” ceremony and urged Brazilians to travel from other states to be present and accompany during institutional acts and cultural shows that are planned in the central region of Brasilia. .

The ceremony on Sunday will culminate with a ride by Lula in a convertible car with his followers, which could change and be on board a common car (REUTERS)

These concerns arose after, this Saturday, the police detected an explosive that had been placed in a fuel truck near the airport of the Brazilian capital by a follower of the far-right president Jair Bolsonaro.

The man, identified as George Washington de Oliveira Sousa, was arrested and accused of terrorism after he activated the device that, fortunately, did not explode.

As he confessed to investigators, with this attack he intended to “start chaos” and “prevent the establishment of communism in Brazil”.

These requests have been very recurrent since October, when the second electoral round gave Luiz Inácio Lula da Silva the winner with 50.9% of the votes, against 49.1% of the current president, Bolsonaro. This scenario aroused great discontent among the followers of the far-right who denounced fraud in the elections and blocked roads.

In addition, a more radical group demonstrated at the door of the military barracks to request that the Armed Forces make a coup that prevents the inauguration of the leader of the Workers’ Party.

Among the demonstrations, which were mostly peaceful, there was also the one on December 12 that confronted the protesters of one of these camps with the police and which ended with the burning of cars and buses in the streets of Brasilia, as well as the arrest of an indigenous person who participated in these acts.

“Small terrorist and extremist groups will not put the institutions of Brazilian democracy against the wall,” Dino said Tuesday.

For his part, Bolsonaro, who since the defeat has maintained great silence and has limited his appearances in public as much as possible, He has not yet confirmed his presence at the transfer of command of this Sunday nor has he publicly stated about the incidents of recent days.

Brazil paid most of its debt with international organizations in the last days of Jair Bolsonaro as president
After the attempted attack in Brasilia, Lula will announce measures against coup groups on his first day in government
The man arrested in Brazil for attempting to carry out an attack confessed that he was inspired by Bolsonaro’s call to arm

Previous Nintendo canceled plans to release a Switch Pro, according to Digital Foundry
Next Bomb! The coach who would come to the Mexican team to take the position left by ‘Tata’ Martino after the World Cup